I’m taking a time-out from the 30 for 30 today to introduce you to a very special person and ask you for a favor.

Blogworld, I’d like you to meet my brother Matt.  He’s 30 years old, and has Down Syndrome.
I don’t know how old I was when it first became apparent to me that my brother was different, special.  It was just one of those things that I always knew.  When I was in Kindergarten and learning how to read, I’d come home from school and go over letters and words with my brother. We had this little easel in his room and we’d stick plastic magnetic letters on them and practice the sounds they made.  I was five, he was eight, and we learned to read together. I remember the day I understood more than my brother. It was a strange day, when I realized that Matt was going to take a lot longer than me to learn how to read, or do math, and some things he would never understand, like how to tie his shoes, or how long an hour is.

My brother has had many buddies over the years, some have been special like him and they exist together in a state of joyful innocence.  I say innocence and not ignorance because my brother has a deeply profound understanding of human nature that most normal people lack entirely.  Other buddies have been like you and me, and while they may have outgrown Matt in many ways, they have remained his friends nonetheless.   Because there are people out there who keep caring about the special people even when they don’t have to, that let themselves stay young and child-like enough to understand that you should never outgrow someone like Matt. There are things he can teach you that are much more important than tying your shoes. 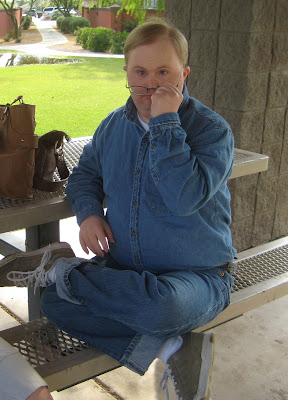 When my brother was born 30 years ago, the world did not think much of those like him.  One of the doctors suggested my mother institutionalize him as he “would never progress enough to have a worthwhile life.”  Even now, this idea still boggles me.  My brother has lived a very full life, thus far.  He survived cancer (leukemia) and he did it with perseverance and a whole lot of humor.  He reads books, memorizes movies facts, and writes in his journal everyday.  He picks out his own clothes, makes his own meals, does chores.  He volunteers 2 days a week at the local food bank run by our church as a missionary. He attends special education religious institute classes, and takes an active role in politics.  He’s a registered voter and is probably more informed about the political climate than 90 percent of the population.  And that guy knows every single president forwards and backwards.  I’m not kidding, you tell him a number, he’ll tell you who it was, when he served, who his wife was, how many terms, if he was assassinated, etc. etc.  And the guy is funny.  He makes up his own jokes, and they are clever. 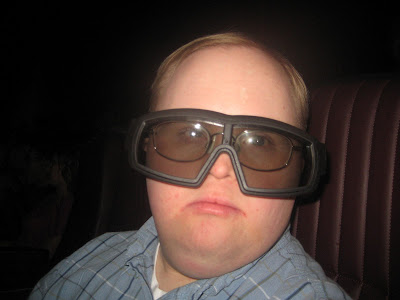 He is anything but stupid.
The only painful thing about growing up with a brother like Matt, has been the ignorance I’ve encountered associated with it, most particularly the widespread social acceptance with the use of the word “retard.”  How we have come so far with our intolerance for racial slurs and other such language and completely ignored this particularly hurtful and offensive word, still boggles my mind.  Most people I encounter on a daily basis use the r-word, and every time they do it’s like a sucker punch to my stomach.  Because using the r-word, especially when referring to something or someone as stupid, or lame, is wrong.  It is offensive, even if you don’t mean it that way.  And it hurts the people in our society who we should most be looking out for; those who are unable to look out for themselves. 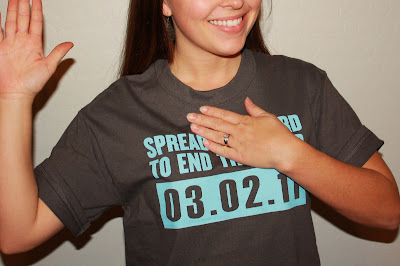 Thanks to Special Olympics and the Best Buddies program, for the third year in a row, hundreds of thousands of people have and are taking the pledge to stop using the r-word.  And not only that, but to spread the word, that the use of the r-word is no longer socially acceptable.
So I have a favor to ask of all you fabulous bloggers out there.  Take the pledge today.  Pledge to quit using the r-word.  To be a fan of dignity, to advocate for those who cannot advocate for themselves.  Devote some space on your blog, facebook wall, twitter account and spread the word to end the word. 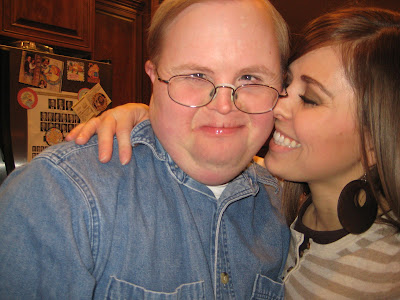 “You may not realize how damaging the r-word can be.  But when you use a slang like “retard” or “retarded,” you’re marginalizing and insulting millions of people with Intellectual Disabilities, their families, and friends.  So now you know.  And now you can do something about it.  Take the pledge and put an end to the R-word.”-from the spread the word website. 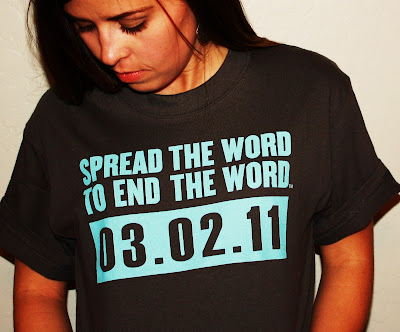 go here to pledge:
I promise if you do it, I will love you forever. 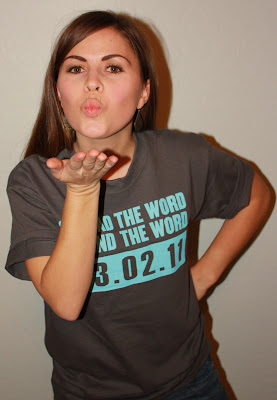