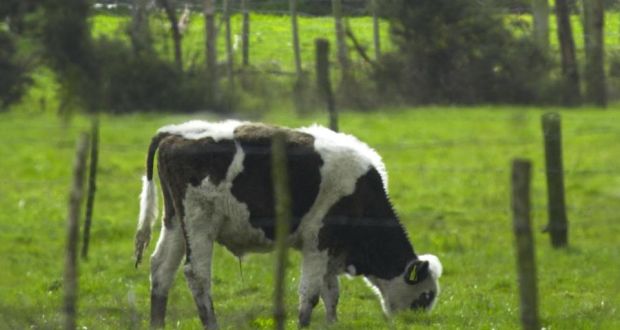 The Social Farming Across Borders project involved 20 farmers who brought 66 people with intellectual disabilities and mental health issues to work on their farms for a year. Photograph: Alan Betson.

Social farming has the potential to provide daily services to thousands of people with intellectual disabilities and to involve hundreds of farm families, the manager of a pilot social farming project has said.

The EU-funded Social Farming Across Borders project involved 20 farmers who brought 66 people with intellectual disabilities and mental health issues to work on their farms for a year, in the six Border counties and in Northern Ireland. Working with animals and growing crops has long been considered to have a therapeutic value, and social farming is well established in countries such as Belgium and the Netherlands where farmers are paid for mentoring.

Project manager Dr Jim Kinsella of UCD’s school of agriculture said despite the fact farmers in this project were not paid, the project was oversubscribed threefold when pilot farms were sought. The farm visits ended in June but Dr Kinsella said the farmers were so enthusiastic that they were setting up an association to support social farming.

A review of the project to be published on Wednesday found that both the farmers and the farm visitors got unexpected benefits from the arrangement. The visitors said they felt welcomed into the farmers’ homes and were comfortable around them. “We’re treated like guests,” one remarked. “We couldn’t get better. We’re always eating.”

Support workers said the “farm household experience” was appreciated by the users, who saw a family home rather than an institution. “They got ideas and inspiration for their own bedrooms and a desire to live in their own homes which was particularly powerful for those living in institutions.”

Farmers who took part in the project also got unexpected benefits, with some saying the mentoring meant they had to work at a slower pace and were thus less stressed.

According to the report, the involvement of service users on the farm provides “company and camaraderie on farms which can otherwise be quite isolated”. It quoted one farmer who said, “I would look forward to the company, farming is a lonely occupation”.

It also found that farm families were more likely to work together on the days visitors were on the farm. “It enriches our lives and the children’s lives too,” one farmer said. “The children see them too, not as people with a disability, they see them as farmers.”

Dr Kinsella said social farming had huge potential but its future depended on the extent to which the health and social care services were willing to pay farmers for delivering the services. “Health service managers who have visited the pilot farms . . . have been impressed but have yet to take the step of translating this into meaningful transfer of resources to farmers,” he said.

The review of the project will be presented on Wednesday at a conference in Belfast Castle which will explore the future of social farming.

Thanks to @T21Team to have drawn my attention on this article.